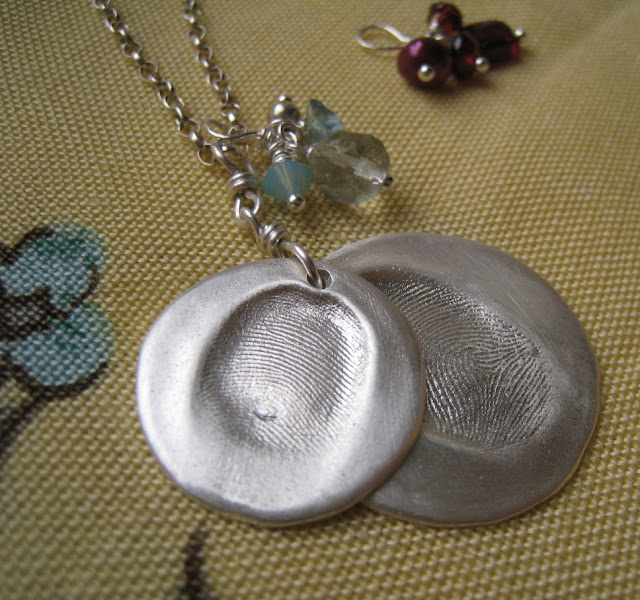 It’s not often that I post pictures of my fingerprint commissions but I liked the idea of the simple discs and interchangeable gem clusters requested by my most recent customer.

The silver clay I use to make make my jewellery, including these little silver pendants, is astonishing stuff – a ceramic that has particles of silver rather than particles of stone within it. Once the finger is pushed into the clay, dried and fired the impression is there forever. It’s as though the clay has taken a snapshot of the unque detail and the smallness of the fingerprint. It’s quite humbling really – I make the rest of the pendant pretty and etch in names and ages but the fingerprint itself is the star.

This was a special commission for the customer’s friend – it was the friend’s little ones whose fingerprints I cast. The recipient is unwell and the necklace was made to cheer her. It felt good to make something that might lift someone else’s spirits.

P.S. There’s free shipping to anywhere in my etsy shop at the moment.